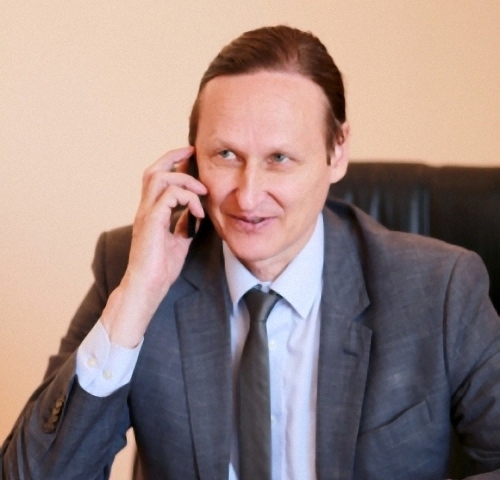 In 1984, Vladimir Gennadievich Veniaminov graduated from the Sverdlovsk Institute of Architecture majoring in architecture of residential and public buildings. After graduation, held classes in the Institute at the Department of Architectural Design Basics.

In 2000, left to work at OAO Uralelektromed (OJSC). For 10 years, until 2010, filled the position of Head of the Department of Architecture and Urban Development, Chief Architect, in the Administration of Verknyaya Pyshma. During this period, he was immediately involved in the implementation of a number of crucial projects. Planing schemes of multi-floor residential development areas in the town of Verkhnyaya Pyshma, the village of Baltym, and the village of Sanatorny, as well as the utility programs in these development areas were designed and approved. Being a member of a creative team, he also developed a draft Master Plan of Verkhnyaya Pyshma, organized the public hearings thereof, obtained the necessary authorizations and approval from the Urban District Duma.

During his work as Chief Architect of the Urban District of Verknyanya Pyshma, Vladimir Veniaminov was more than once awarded with certificates of merit of the Government of the Sverdlovsk region and the head of the urban district.

Since 2010 and until his appointment as the chief architect of the region, V. Veniaminov held the position of Deputy Head, Chief Architect, of the Department of Mining and Civil Construction and Investments of OOO UMMC Holding (LLC). During this period, he carried out urban planning of the company’s lands use in the following urban districts: Verkhnyaya Pyshma, Ekaterinburg, Sysert; he also took part in the development of the following projects: the Ekaterinburg City business centre, an over-bridge in Verknyaya Pyshma, and a church in Baltiysk.

Since 18 April 2011, appointed by the governor’s order as Chief Architect of the Sverdlovsk Region.