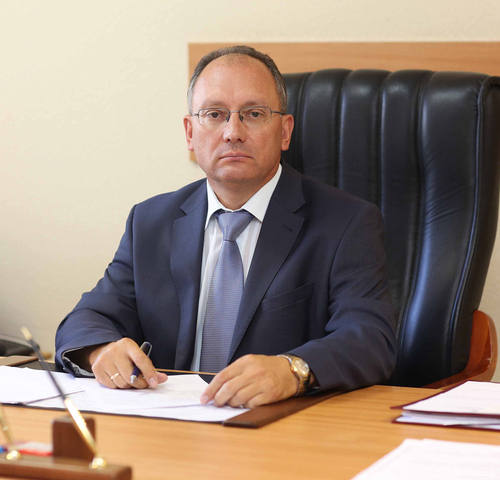 He was born on the 10th of November, 1961 in the Kursk region. He graduated from Voronezh Civil Engineering Institute.

His career started in 1979 in Voronezh. He worked as an architect in Ternovskiy executive committee for five years. In 1991-1992, he was a civil engineer of the I category of economic and technical department of the All-Russian Research Institute of sugar beet and sugar named after A.L. Mazlumov.

In 1992 he starts his work at the Administration of Ramonskiy district and during the period since 1998 till 2008 he works as a head of the district.

In 2013 he was appointed Deputy Head of the Administration of Voronezh in charge of Urban Planning.

Awards: Medal of Zhukov, the medal "300 years of Russian Fleet", the medal "For merits in conducting of All-Russian population census", the medal of the Order "For Merit to the Fatherland, II degree".

Full common councillor of the municipal service of the 2nd Class.