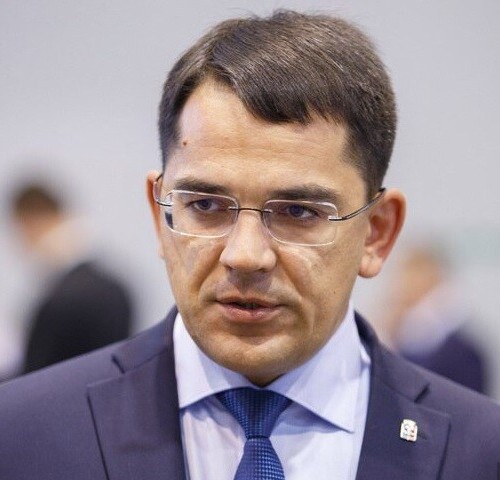 In 1993, his career began at the brick factory of the Bogoslovsk Aluminium Smelter.

In February, 2012, he joined the Ministry of Energy and Housing of Sverdlovsk Region and took the position of the head of economy, tariff policy and housing and public utilities reformation department.

In June, 2013, he was appointed deputy head of Northern administrative district of Sverdlovsk Region.

On September 8, 2013, he was elected for the position of the head of Krasnoturinsk Urban District.

In 2016, he graduated a Skolkovo professional training program on training teams which supervise mono-cities development projects.

In 2017, he went through the professional training program State And Municipal Management at the Russian Academy of National Economy and Public Administration.

On September 14, 2017, he reentered his position of the head of Krasnoturinsk Urban District.

Right now, Alexander is in an extensive process of overall development of the urban district. Currently, the main areas of focus include: creation of Bogoslovsky Industrial Park, road construction at the approach of Krasnoturinsk and water-conducting pipelines.

Alexander is a 3rd-grade advisor to the public service of Sverdlovsk Region.