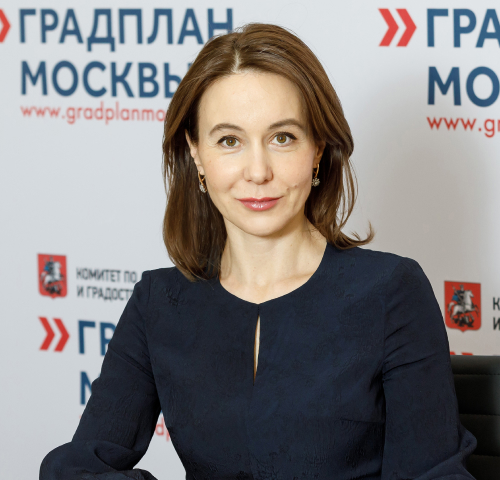 From 1996 to 2000, she was an architect in state and commercial organizations of Kazan (Tatinvestgrazhdanproekt, the Union of Designers of the Republic of Tatarstan, Bauer-Kazan).

In July 2002, she became the General Director of the non-profit organization of culture "Foundation for the Development of Architecture".

In May 2008, she became an architect at the State Unitary Enterprise of Moscow MNIIP "Mosproekt-4", and at the workshop of D. V. Bush.

From October 2010 to August 2014, she occupied senior positions in state organizations of the city of Moscow ("TsNIIP of Urban Planning RAASN", "Center for Innovative Development of the City of Moscow").

Since September 2014, she is the Director of the State Autonomous Institution "Research and Design Institute of Urban Planning of the City of Moscow".

She is a recipient of a Certificate of Honor by the Committee on Architecture and Urban Planning of the City of Moscow. She also received public gratitude of the Mayor of Moscow for her contribution to the development of the construction industry of the city of Moscow.