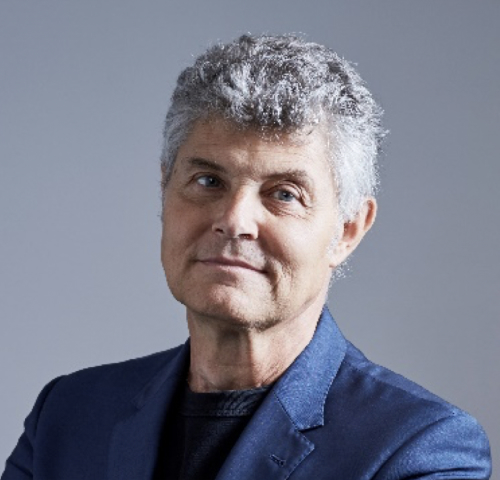 Winner of the PAN in 1979 and the "Albums of young architecture" 1983, he founded after the school, in association with Pierre BOLZE, his own architectural firm.

From 2000 to 2005, he worked to bring his agency closer together with two other architectural companies to found Ateliers 2/3/4/.

From 2005 to 2021, he built high-tech buildings such as the logistics and laboratories building of the COCHIN hospital in Paris.

He participates in various offices refurbishments as Christian Dior Parfums (SIMI and MIPIM Award), also he is responsible of international development, he receives the first prize for the ALGIER Law faculty, the 4th prize for Parliament of the Republic of IRAK, worked on the CACAO tower in Abidjan, the OPPO tower in Shenzhen. In 2018 he won the international competition for the future Design School in Shenzhen, CHINA. In 2020 he realize “The Eastern Financial Park” of Chengdu, CHINA.