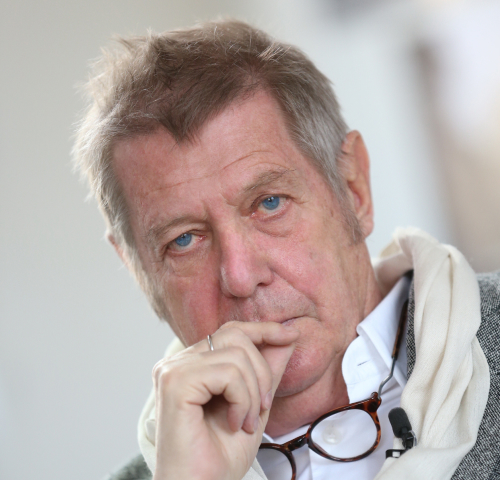 Wolf D. Prix studied architecture at the Vienna University of Technology, the Architectural Association of London as well as at the Southern California Institute of Architecture (SCI-Arc) in Los Angeles.

Wolf D. Prix (*1942, Vienna) is founding partner, Design Principal and CEO of COOP HIMMELB(L)AU since 1968 who is operating in the fields of art, architecture, urban planning, and design.

Wolf D. Prixranks among theco-founders of deconstructivism, just as the Austrian architect Hans Hollein was a co-founder of postmodernism. The office was invited eight times to participate in the Venice Architecture Biennale.

The company’s projects include the Falkestrasse attic conversion in Vienna, the Musée des Confluences in Lyon, France, the European Central Bank in Frankfurt/Main, Germany and the Museum of Contemporary Art & Planning Exhibition in Shenzhen, China.

As dean of the Institute for Architecture (2003-2012) and professor for architecture and head of Studio Prix (1990-2011) at the University of Applied Arts in Vienna he set international standards in the education of architects.