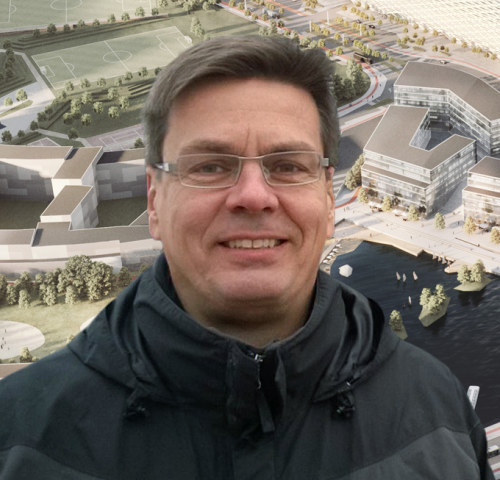 Architect, Studied at The Technical University of Helsinki (TKK) and The University of Washington in Seattle.  Matti Kaijansinkko is the Head of The West Harbour planning project for The City of Helsinki. He has been with The Helsinki City Planning Office as of 2001. The main works at the office have been the Masterplans of Jätkäsaari (2006) and Hernesaari (2018).

Prior to this, he was a practising architect with a number of Finnish practices.  Matti Kaijansinkko founded his own studio in 1998 and worked on projects such as The Centre for Information and Electricity at Lappeenranta University of Technology (2000).

Matti Kaijansinkko has won a number of prizes for design competitions and exhibited his work on several occasions at The Finnish Museum of Architecture as well overseas in group exhibitions. He was awarded Reima Pietilä Prize in 1998. Kaijansinkko taught at The Technical University of Helsinki (now Aalto University) 1999 – 2011.