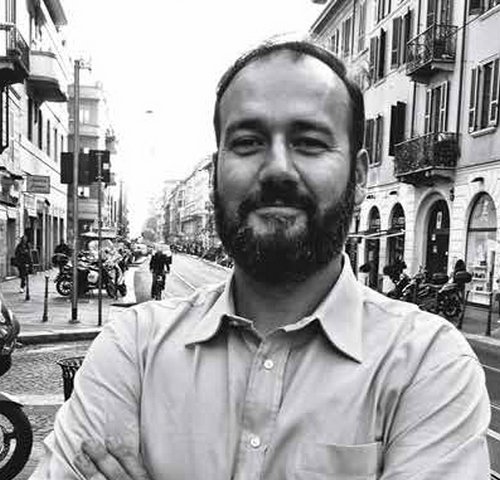 Federico Parolotto is Senior Partner at MIC – Mobility in Chain, which he co-founded with in 2009.

He graduated in Architecture and Urban Planning at Milan Polytechnic and began his career with SOM London and Systematica Milan.

He has been involved as transport planner in numerous major urban planning projects worldwide, working as consultant for client ranging for international public bodies to world class design firms to technology industry and transport operators.

He was also one of the members of the expert committee for new Milan Sustainable Urban Mobility Plan recently adopted by Milan municipality.

In 2011 he co-founded Flow(n), MIC research team, with the aim to enlighten innovative world of mobility.

Since 2013 Federico is collaborating with UrbanStandards for AUDI research team on ground breaking driverless car and piloted parking.

He lectured in several international universities including Strelka Institute in Moscow and, among various publications, his essays were published in 2011 on "Ecological Urbanism" by Mohsen Mostafavi and Gareth Doherty and in 2012 on "Ecological Urban Architecture: Qualitative Approaches to sustainability" by Thomas Schroepfer. He is one of the co-authors of “City thinking – Creativity, Mobility and Urban Quality” published by Quodlibet in 2015.

In 2016 2017 he was visiting professor at IAAC Istitute of Advance Architecture in Barcelona.

Since 2014 he is the curator for the TheCitPlan article for the architectural magazine ThePlan investigating the city evolution.