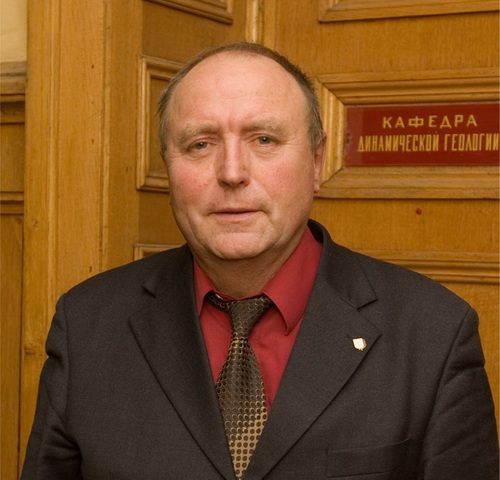 Position:Deputy Director
Employer:Institute of Physics of the Earth named after O. Yu. Schmidt of the Russian Academy of Sciences
Country:Russia

Doctor of Geological and Mineralogical Sciences, Professor; accredited expert of scientific and technical sphere of the Ministry of Education and Science of the Russian Federation.

Since 1974 he worked in the IPE of the USSR Academy of Sciences, where he was junior, senior, and leading researcher. In 1990 he defended his thesis for the degree of Doctor of Geological and Mineralogical Sciences. Since 1993 he was a head of the laboratory for seismotectonics. Since 2001 - Deputy Director for Research of the IPE RAS

Also he is a Professor in the Department of Dynamic Geology of MSU.

President of the Non-Profit Partnership "The National Association of Organizations Related to Engineering Studies, Geology and Geotechnics" (NP "SRO" INZHGEOTEH ").

Federal State Budgetary Institution IPE RAS is the largest center of world and national geophysics carrying out a wide range of basic and applied research. The Institute was founded in 1928 and it is one of the oldest scientific institutions of RAS. It formed large scientific school of theoretical and planetary geophysics, study the internal structure of the ground geophysical methods of seismology and natural risk assessment, geomagnetism, physics of ionosphere and magnetosphere. The Institute has a leading role in the study of physical processes in the Earth's interior, and the modeling of the dynamics of the internal structure of the Earth, studying the seismicity of the Earth and the physics of earthquake, seismic zoning, development of theory and computer technologies of interpretation of geophysical data. IPE RAS experts study physical fields of the Earth, the issues of paleomagnetism and magnetic properties of rocks, develop methods of geophysical monitoring for forecasting of natural and man-made disasters, investigating the origin and early history of the Earth