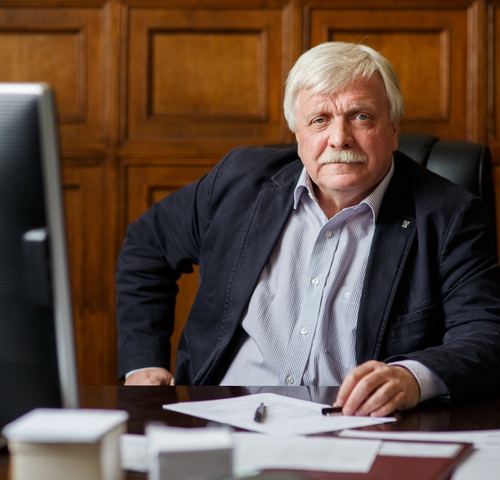 He graduated from the Moscow Architectural Institute in 1974. From 1974 to 1991 he worked at the Research and Engineering Institute of Urban Planning of Moscow, in the positions of first - an architect, and later - Chief architect of the Institute.

A.V. Kuzmin is the leader, author, or co-author of over 70 major urban development projects and scientific papers, including the draft General Plan of Moscow’s urban development until the year 2020, engineering for the construction of the Moscow Ring Road (MKAD), Moscow’s Third Beltway, reconstruction of the Moscow Manege, Gostiny Dvor, etc. He is one of the authors of the Et Cetera Theater building.

He has received an honorary Acknowledgment from the President of Russia. Winner of the Shukhov Gold Medal, and of gold medals of the Russian Academy of Architecture and Construction Sciences and of the Russian Academy of Arts. The Russian Orthodox Church awarded him four orders and one medal. He is a Laureate of the State Prize of the Russian Federation in the field of architecture, recipient of the Prize of the Government of the Russian Federation, and of two Prizes of the Government of Moscow. Chevalier of the French order “L'Ordre des Arts et des Lettres” and of the Belgian engineering society’s award “For merit in inventions”