Patrik Schumacher: “Architecture has to overcome its current fragmentation, the confusion and pluralism of styles” 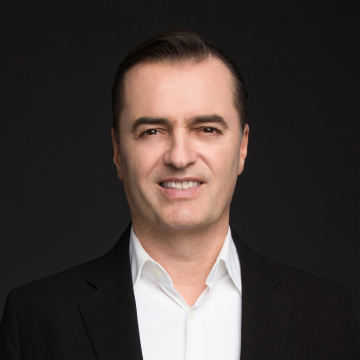 In October Patrik will take part at the VIII International Construction Forum and Exhibition 100+ TechnoBuild as one of the keynote speakers. On the eve, in an interview he told us, what is the “garbage spill urbanization” and how to solve this problem, whether there is a fashion in architecture and how to get away from cities sprawling.

– Zaha Hadid Architects can have more than a hundred projects in the pipeline simultaneously. Is it important for you, as a director, to be in the thick of every one of them, or are there some projects you don't touch at all?  What does it depend on?

– We have many talented creative architects at Zaha Hadid Architects. I see my role as overall design leadership in evolving our design philosophy. I see all designs before they go out and I get involved in most projects via design reviews, often at the initiation stage.

– In an interview, you said that in the future only 5% will be historical architecture, and the rest will be parametricism. Do you think it will also be the case in smaller cities which don't have the budgets even for one-time major redevelopments? Please elaborate on your opinion.

– As investments into computationally powered design, engineering, fabrication and construction becomes pervasive, parametricism as the architectural style congenial to this by now inevitable technological transformation will become pervasive too. In its mature, universalized stage, parametricism will be more cost effective than all prior or retro styles due to the efficiency gains that come with its optimising adaptive methodology.

– Fashion is cyclical, can the same be said about architecture? Will people ever want to go back to where they started? And will they have such an opportunity?

– Fashion might be cyclical on a seasonal time scale but not so on a historical time scale. Architecture operates inherently on a time scale that is closer to the historical scale and is therefore less susceptible to fashion cycles. These do exist in the form of retro styles but these will be forgotten in the history of architecture. They have no lasting significance.

– Many architects, including you, say that cities should grow in height, not in breadth. It would seem that everyone understands the advantages of a densely populated environment. Why then is the opposite happening? There are a lot of projects for the development of "clean fields" in Russia. What do you think has to be done to finally get away from cities sprawling?

– The phenomenon of development on ‘clean fields’ has many reasons. One reason is the difficulty and costs of building in mature, build up cities. Too many interests are touched and this often leads to resistance and delays. Construction is also slower and more costly. To overcome this disadvantage requires an overhaul of the planning system that gives more unencumbered development rights to landowners. What is also required is to remove restrictions on density, so that the higher land prices within cities can be spread across more users.

– The current trend is to create buildings where people could interact as much as possible. Why is this so important? Isn't it enough to have other places for this?

–Besides the mere sharing of facilities, interacation is the very raison d’etre to aggregate in cities in the first place. This is most evident in youth culture, club culture, student culture. However, it is also very important for creative industries and knowledge industries. This why pedestrian street culture and walkability is so important for the productive urbanity of cities.

– You use the term "garbage spill" for the condition of not having a plan and each investor building whatever comes to mind. How often do you come across areas in such condition and how do you feel about them? In your ideal world, how should everything be arranged?

– This condition of ‘garbage spill urbanisation’ has become utterly ubiquitous world wide. The remedy cannot come from the planning authorities and cannot be delivered by any masterplan imposed from above. This problem can only be solved by architectural discourse and culture. Architecture has to overcome its current fragmentation, the confusion and pluralism of styles.

In the 20th century it took about 20 years to forge the unity of the modernist style which delivered integrated urban districts like the Tel Aviv White City, the Miami Art Deco district, and Brasilia. Parametricism could deliver this for the 21st century. The advantage of parametricism is its ability to maintain unity across a rich diversity of architectural articulation and further to articulate affiliations, resonances and connections across different buildings. These integrations do not require a prior masterplan but can be forged sequentially as the fabric of the city is being build up or transformed. The premise however is that all architects work within the paradigm of parametricism and with the ethos and goal of continuing the continuities that have been built up. This is an exciting and rewarding creative task. Informal peer to peer criticism and validation can be a sufficiently strong force once the value system has acquired discursive hegemony.

– You once said something along the lines of: "We must learn to distinguish real icons from what is only pretending to be one." You also said that there is no such thing as a completely timeless architecture. What meaning do you give to the word "icon", in this case? Are there any buildings that you consider iconic and why?

– I would like to distinguish superficial icons or empty spectacles from iconic innovations based on the rigorous application of a new set of rational principles and values.

– On the same note, if no architecture is timeless, what significance do you give to structures such as the Colosseum, for example? And what role will they play in the future?

– The arena for large scale gatherings of audiences on the occasion of events has proven to be timeless up to now. However, the stone structure of the Colosseum is outmoded by now.

– What are you planning to talk about at 100+ TechnoBuild?