Guy Eames: "Russia will become an export market of goods and services for sustainable building" 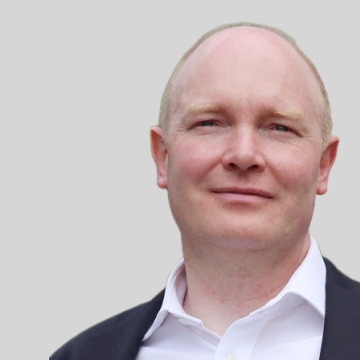 Guy Eames is the chair of Green Building Council Russia, the largest Russian association in its field at the moment. In his interview for our 100+ forum, he spoke about how the attitude towards "green" building has shifted in Russia in the last 11 years. He explained why he thinks Russia can become an exporter of goods and services for green construction and shared his view on how promising Yekaterinburg is.

– You founded Green Building Council Russia in 2009. What has changed since then?

– When we founded our council, people were laughing at it. The idea of constructing energy-efficient and resource-efficient buildings was considered to be an atavism. They said no one in Russia needs this.  There were many explanations as to why. Some said it's because of the "Russian character", or due to extreme climate conditions. Others said it's because Russian developers prefer to invest in short-term projects where one quickly spends their money on a project and moves on.

Our team didn't think much of that. We were certain that these reasons were not real. We were convinced that Russia is a part of the overall technological progress. In 10 years, we've come from seeing complete scepticism in the matter to seeing almost complete understanding – admiration even, you might say – from some developers who understood what it is. We can proudly say that even government members have appreciated our idea.  Buildings that were constructed for the Olympics and the World Cup show that Russia has gone to another level in terms of quality.

Construction industry is one of the most conservative ones in the world. There's an English joke that says no one wants to be the first in line – everyone wants to be the second. Let someone else take risks in doing something and deal with problems, while we will be able to use their experience. We've already seen this stage happen in Russia. The first green buildings have appeared and now we are seeing much more interest in solutions of this sort.  For instance, you could construct buildings that are 5% more energy-efficient than regular ones which employ superficial solutions for the sake of marketing. You could set even more ambitious goals. For example, you could construct autonomous buildings that use energy produced by the environment. Air quality is at a whole another level in this scenario and there is a positive effect on the environment. There're still few buildings like this in Russia, but 2020 showed us that there's this never-seen-before desire to construct really "green" buildings. We are very happy about this.  The market has matured.

Another shift we've seen has to do with personnel. Construction of buildings like these requires a lot of qualified specialists. 10 years ago there were practically none. Companies often hired architects and engineers from outside of Russia. Fast forward to today, the shift has been radical. There are plenty of experienced professionals in the Russian market now. And they even engage in projects abroad. I'm hoping – and I'm almost certain – that Russia will become an export market of goods and services for sustainable building. Why? Firstly, labor and materials are somewhat cheaper in Russia than in the EU. Secondly, Russians tend to think in innovative ways, even more so than our colleagues from overseas, because life is harder here compared to there.

10 years ago, there were no green building projects that had international certifications.  Nowadays, projects include thousands of standards, both international and Russian. This is a great success. We see our field attract a lot of interest.

– The pandemic has shown that people need more space to keep their social distance.  In your opinion, have parks and other public spaces in Russia been able to fulfill this need?

– I believe that we've seen big steps in the direction of making parks in Russia better in the last 5 years. Many projects have been completed. A good example is the Zaradye park in Moscow. Another excellent example is the new Galitskiy park in Krasnodar which won many awards.

Since the start of the pandemic, we've seen that people started going to parks more. Those who work remotely want to not only be close to their home but be in nature with Wi-Fi there. There are, of course, a lot of distractions: from the wind blowing in your face and too bright of a sunlight to people who are talking on their phone nearby. Nevertheless, the trend is there. In addition, more people go to parks to do some sports, go for a run there, or meet someone.   This is a positive trend for us. It's even more interesting to observe the trend continuing during winter. We all remember the Soviet times when school students went ski running to parks in the winter. This was amazing.

We offer green building solutions which are not limited to making a house itself green. We offer solutions that will make the whole neighborhood green. When we work with developers, we always encourage them to take the holistic approach. Recently London provided an example of how their water reservoir influenced the price and the positioning of housing.  They allowed a developer to take over and tidy the place up. As a result, a park appeared around it. Before, the neighborhood's appeal was that it was a 20-minute commute away from the city center. After, the company took down the old ad and created a new one, about a park in the center where you can see birds, water and nature out of your window.  I think we are soon going to see such trends in Russia as well. What we see around us is a major contributor to our quality of life.

We were on a call once where we were asked about our vision of the city of the future, 5-10 years ahead.  Humans always like to ask questions like this. I responded with my image of this future: you leave the house, and the air is clean even in the city center. The air smells good, you see beautiful nature around and there's much less of noisy transport that harms nature compared to now. It might be a different type of transport. Electrical, maybe. People will probably be able to walk everywhere needed because it's nearby, and there's no need to wake up at 7am and drive somewhere.

– Has there been an increase in the need of going green since the start of the pandemic?

– We've seen several effects of the pandemic. Firstly, housing. A lot of people switched to working from home. Naturally, they need a place where it is comfortable to work. They started to realize that they need quality planning, regardless of how big a flat is. It could be 20 or 200 square meters, but the space has to be functional. Many developers who introduced new standards reached out to us.

As for office buildings, there's been a demand in anti-COVID solutions. Those who have better safety systems in place, both "green" and not "green", will have an advantage.  They will be more attractive for potential tenants.

I can confidently say that demand will be higher among developers who have gone green, which in turn means that they construct buildings that are more innovative.

– The theme of this year's 100+ is Conscious Building. What's your definition of this term?

– This is a good question. For me, Consious Construction is building designs of better quality.  The market is actually moving in this direction right now. Take the escrow law for instance, which aims to protect equity holders from being taken advantage of.  We see market consolidation. We see professionals who take their opportunities to save money while building more and maintaining higher quality at the same time. We see more developers who want to engage in green building. I am, of course, linking "conscious" and "green" here.

– I love 100+ and attend it every year. I never think of not coming. I am happy that the 2020 forum and expo were not cancelled.   I saw that its organizers went an extra mile to ensure safety for their attendants. I witnessed a great and successful technological leap – some speakers connected remotely. Before, they connected via Skype and now it was through Zoom.  Sound was better as well as everything else.

I believe the forum was a success despite the cancellation of many other similar events. The organizing team proved to be resilient and not willing to let their event collapse. This actually shows me the mentality of Yekaterinburg. This is an innovative, forward-thinking and persevering city. Very much fitting for green building. I think that we will see a lot of green construction happening in your city in the nearest future. Our session attracted a lot of interest. The room was full, all restrictions considered. We were very happy.