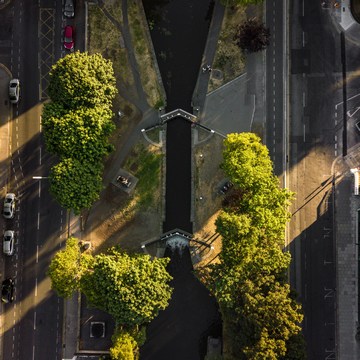 The forum will serve as a platform for discussions on the topic of developing comfortable urban conditions. The discussions will be held among designers, builders, authorities and activists.

During the course of the discussions various case studies of developed master plans will be considered, among which are: Cairo, Istanbul and the Mexico airport (Federico Parolotto); post-Olympics Sochi, certain city districts of Moscow and Kiev, Skolkovo central park (Hiroki Matsuura), the Zaryadye park and other city districts of Moscow (Petr Kudryavtsev).

“A city of the future is a comfortable urban space where businesses, citizens and authorities form a partnership and this partnership is fruitful. It’s only through joint efforts that we can build well-balanced spaces that people need. This way, we will be able not only to preserve architectural creations long-term but also precondition everything for further development. This is our path to increased quality of life”, — said Vera Belous, Executive of Organizing Committee.

The initial discussion on comfortable urban spaces during the course of preparation for the VI International Forum and Exhibition of High-Rise and Unique Constructions 100+ Forum Russia was held in Ekaterinburg at the International Industrial Trade Fair INNOPROM.

Among the participants were city activists, businesses and city authorities. The parties were eager to discuss the matters of greening, implementation of modern technologies in building parks and public squares and design of urban spaces that would serve as centers of attraction for communities.

Oleg Zorya, Head of the All-Russian Project Urban Renovations, stated that an objective system will soon be created on assessing comfortability levels in cities and it will be in direct connection with the social potential of a territory: “The young don’t leave regions and even our country because salaries are low — they leave for parks, entertainment and comfort! It is crucial to involve young people and citizens in our discussions”. Among other discussion participants were: Andrey Molokov, Chief Architect of Ekaterinburg; Ayshe Agekyan, Manager, MEGA-Ekaterinburg; Artem Piskunov, Partner, architect firm S&P and Professor, Institute of Civil Engineering and Architecture, USU; Eduard Kubenskiy, Architect and Editor-in-Chief of TATLIN.

Each party was asked toanswer the following question: “How doyou define ‘comfortable city’?” If we combine all answers into one, weget this definition: “a comfortable city is a friendly and welcoming space that encourages people to communicate and inspires love for their city”.